So I recently started vocal training. I’ve been singing for a while now but never really had any kind of training or coaching with it. I’ve just sang in choirs and developed in that sense. Embarking on the vocal training has been amazing and today’s session prompted me to share some things with you so sit back, relax, read and enjoy….

For as long as I’ve remembered with my singing, I’ve always been told to ‘sing louder’. ‘You need to project your voice’, ‘sing louder Bee, we can’t hear you,’ ‘sounds lovely but could you just sing a bit louder’. It’s been said in so many different ways but ultimately I was expected to sing louder when to me I was singing at the loudest I knew how to do. I would put the microphone closer to my lips, I would try and open my mouth a bit wider so as to make the sound louder, I would really put my whole effort into it but all to no avail… until I started my sessions that is.

On my very first session, my vocal coach (VC) explained it to me. She told me that whilst I have a lovely voice and beautiful tone, I’m singing with my ‘head voice’ (little voice) and there’s only so much one can do with that voice. She then told me that I needed to sing from my stomach (big voice) and as simple as that may sound, it really was an eye opening moment for me.  So singing using my big voice started and as easy as it may seem, till today this is still a very big work in progress. 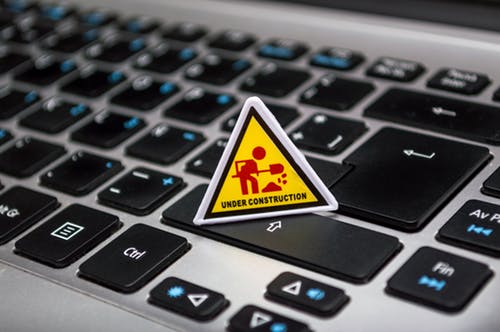 The first time I sang with my big voice, I cringed. I gasped and covered my face with my hands. Why?? Well my voice sounded very unpleasant. It was loud and off key, croaky and weird. I was very unfamiliar with how it sounded and to be totally honest with you, I didn’t like how I sounded. I even thought to myself ‘oh my goodness I cannot sing’ (tad on the dramatic side lol) but this was until my VC told me that it would seem like this because, as mentioned, this voice I was using and the sound the voice was producing was unfamiliar to me. Of course it would seem weird, foreign, uncomfortable and off. We don’t tend to like things that are uncomfortable but would rather stick with what’s known, familiar and comfortable…

Today’s session was literally me repeating the same section of song using my big voice. At first similarly to what I mentioned previously, I just didn’t like the sound I was producing but honestly after about 20 times, even I could begin to hear a difference. Don’t get me wrong, I didn’t by any means sound perfect but I definitely sounded better than when I did, when I first tried. 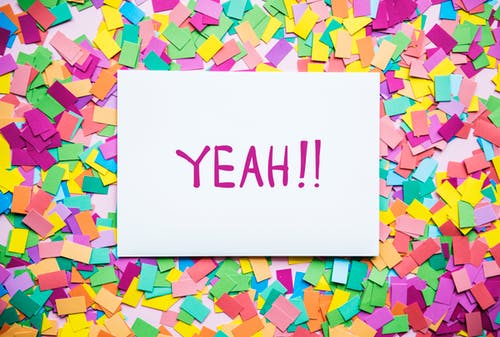 By the time my session was over and I sat down with my VC to talk about how I felt with how the session went, I told her that I’m proud of myself because I know how I was when I started and I know the level I’ve managed to get to in the time we had. I was also able to differentiate between the sound of my little voice and my big voice. For example, they were a few notes I would come across and in my big voice I was just a bit nervous to attempt those notes so I would switch to my little voice, and before I couldn’t really hear the difference but after practicing it and listening to myself over and over, I began to understand and feel more comfortable.

All of the above just made me think of myself in the wider context and things in my life. It made me think of people in general and how sometimes we want to achieve something but because we are so used to what we know, we are afraid to venture out and try. I was scared, to be honest, of attempting certain notes in my big voice because I didn’t think I could do it so reverted back to the voice I have always known, but by doing that and by singing those particular words in a little voice, I would do a disservice to those I’m singing to because those words deserve to be sung with fervour, with power, with conviction. It’s the same thing we do to ourselves, we do a disservice to others and to ourselves if we are afraid to step out and do that which we know has been laid on our hearts to do, that which we have been gifted with to bless others.

I also thought about the voices we let ourselves listen to. Honestly whatever you give room to, power to and space to will grow. If you give the little voice room, the voice that sometimes wants to creep up and tell you that ‘there’s no point, no one is interested in your work’, or ‘you never get the job so why keep applying’ or ‘you’re unlovable, no one wants you’ or whatever it may say, then that little voice will become your big voice. It will be the voice that then begins to dictate to you how you live your life and the voice that will prevent you from becoming all that you were born to be.

Not everyone was born to be on a stage that the world can see, but you were born to be on a stage that those around you see everyday. You don’t know who you’re impacting, who you’re influencing, who you’re encouraging. You may not be an instablogger or an influencer, a Youtuber, or any other kind of tech savvy, social media savvy type millennial but you’re still you, the person that God made you to be. A royal. A Chosen One. A Star.

So similarly to what I’ll be doing for the foreseeable future, be confident with your big voice. Don’t be afraid if at first it doesn’t work or turn out how you envisioned it to. You have the end goal, the main vision in mind. That’s good keep that there, in good sight, not near enough that you don’t have to work for it, but not far away enough that it seems impossible. Keep it at a reachable distance whereby each step you take is a not only a step closer to reaching it but one more step you have climbed successfully and overcome.